Since we’ll be having some new farm babies joining us in a few short weeks I thought it would be fun to do a little series featuring each of the sweet babes we already have! So I’m starting with the OG farm babe feature: Maverick!

Maverick was the first fur babe Ed and I got together. We got him from a rescue at 6ish months old. This is the first picture I had taken of him when I went in to meet him for the first time. Just look at that face! Those ears! We were about 2 weeks from moving into the first home we bought together and we needed a dog y’all! Lol!

I filled out the application for him on the spot and got the call we’d been approved on my way home! So I sent this picture to Ed and he said that’s our dog, huh? And he was right! Mav moved into our home with us 2 weeks later! 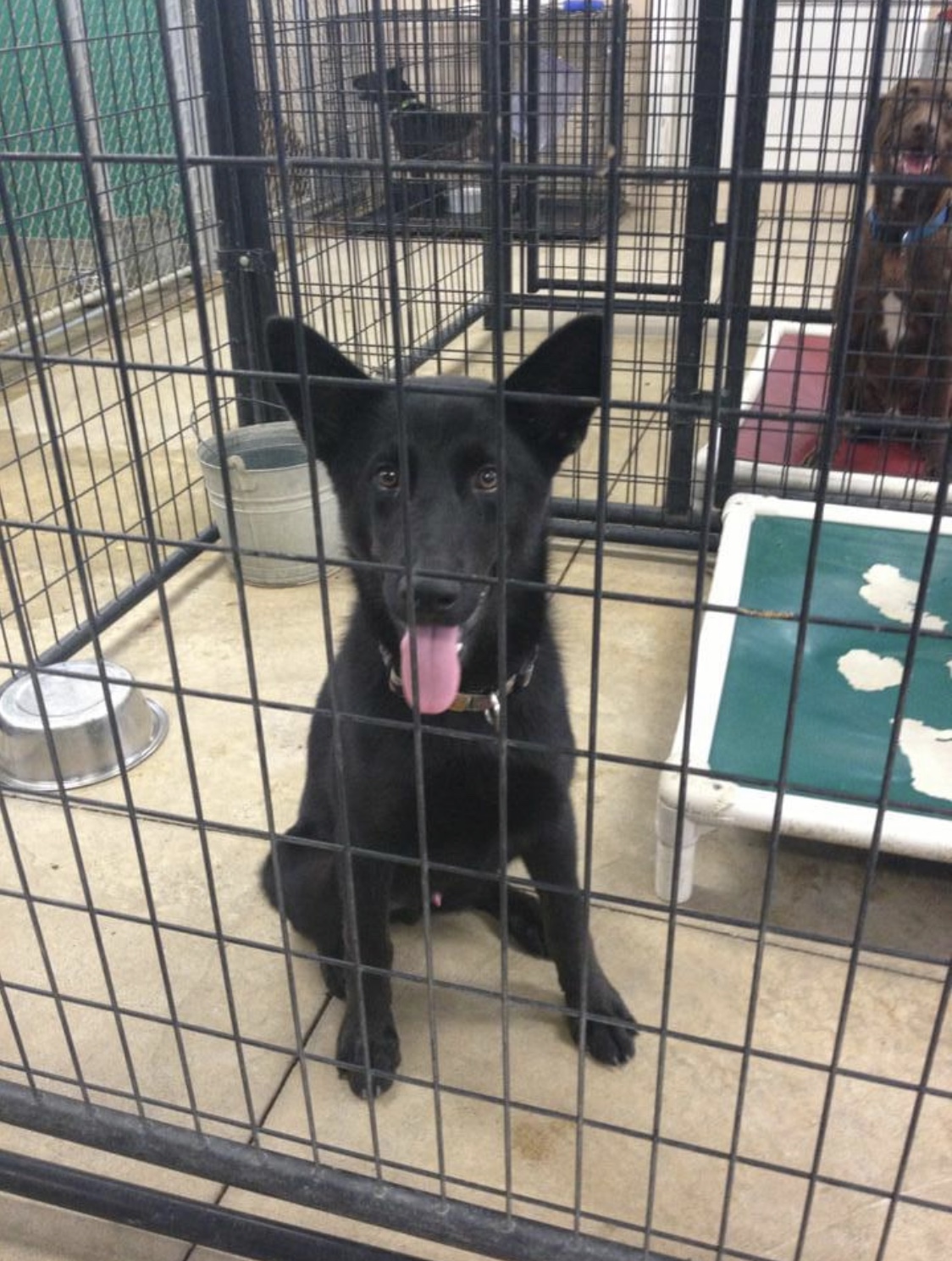 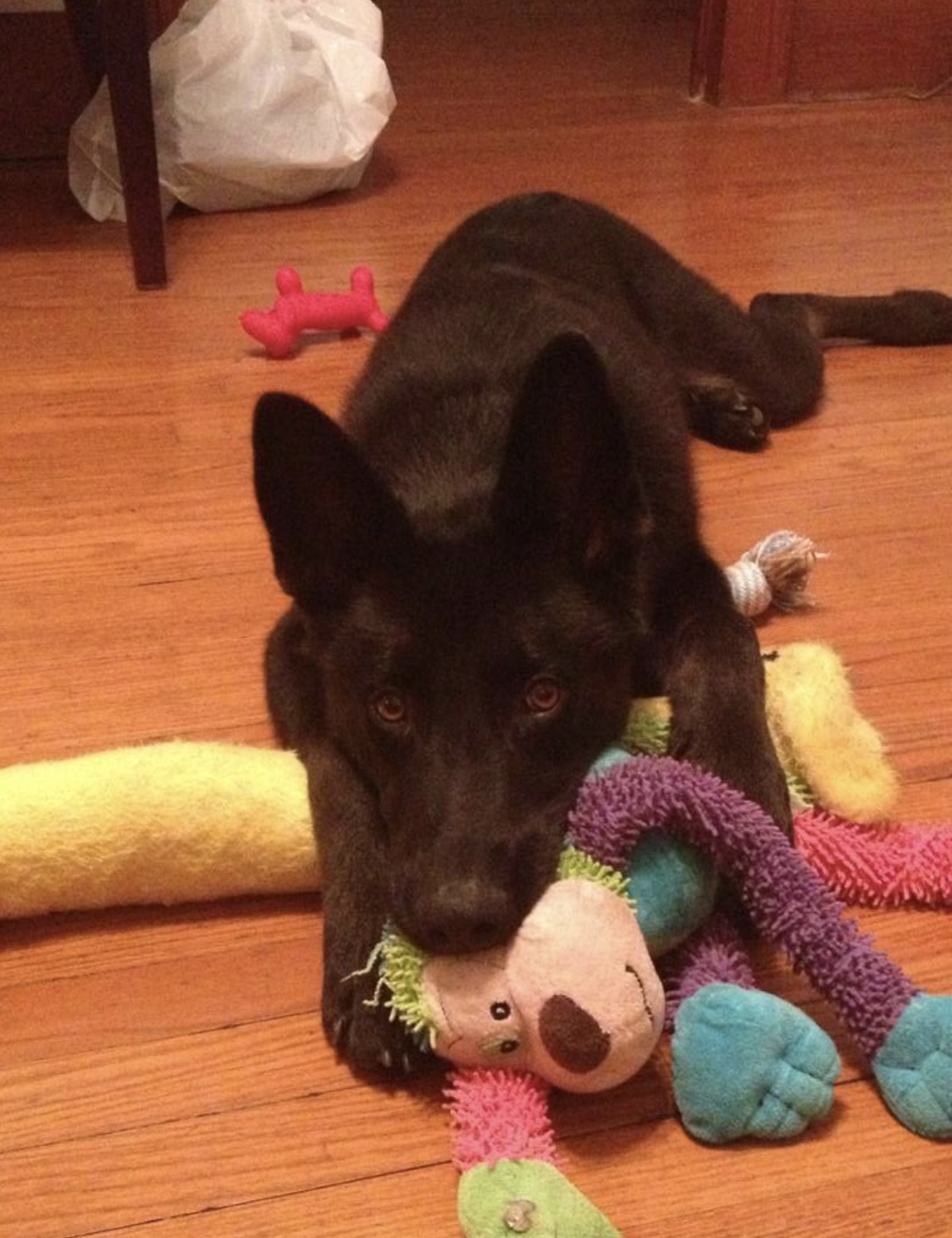 Maverick was the most energetic puppy I’d ever been around! We believe he is a german shepherd husky mix and has personality traits of both. He’s calm and quiet, loyal and obedient, but also very independent. He goes by Maverick, Mav, Mavvy, Bub, Bubba, and Bubs 🙂

Mav’s alway up for an adventure and loves to “go for a ride” or “go bye bye” 😉  He’s been boating, camping, and hiking lots and lots of times. We would do almost anything to wear him out! Lol! He loves anything with water except for a bath! Lol!

Mavvy is also a wonderful protector. And like most rescues, or honestly most dogs in general, he has his quirks. He’s leery of strangers, doesn’t like men in hats, and doesn’t like some men at all. He’s also dog selective in that way too. But he loves his family fiercely and is the most gentle dog I’ve ever known. 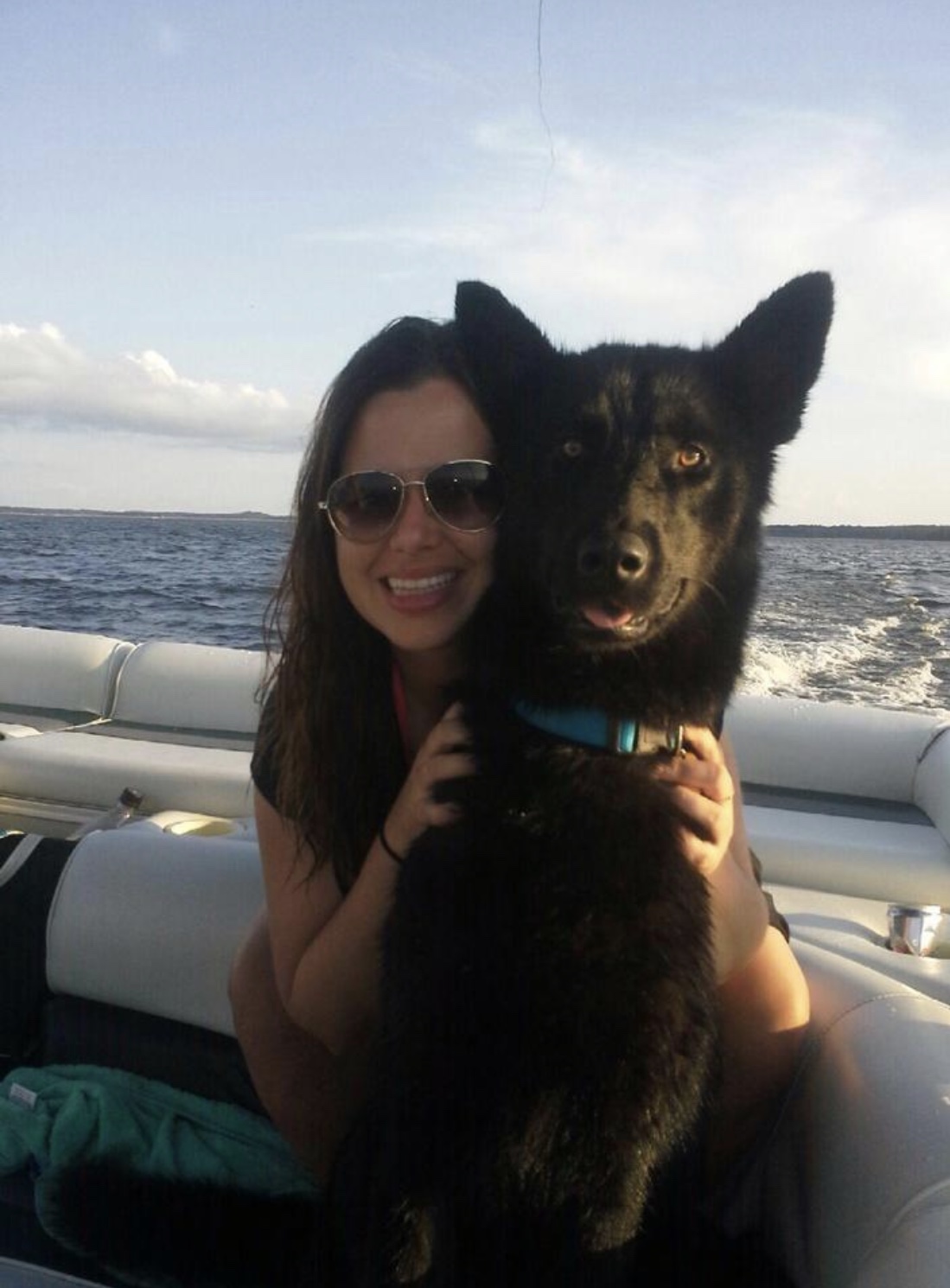 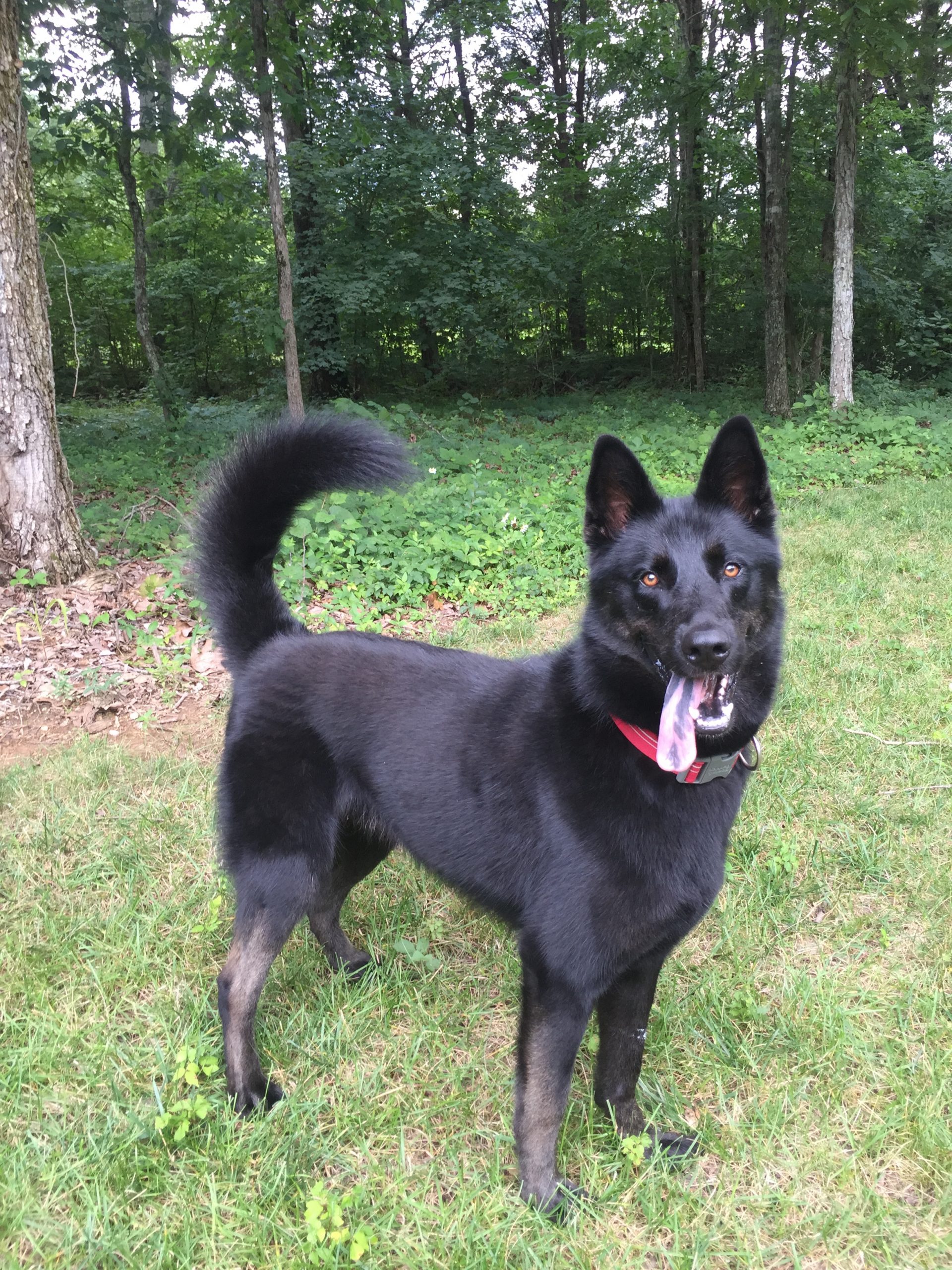 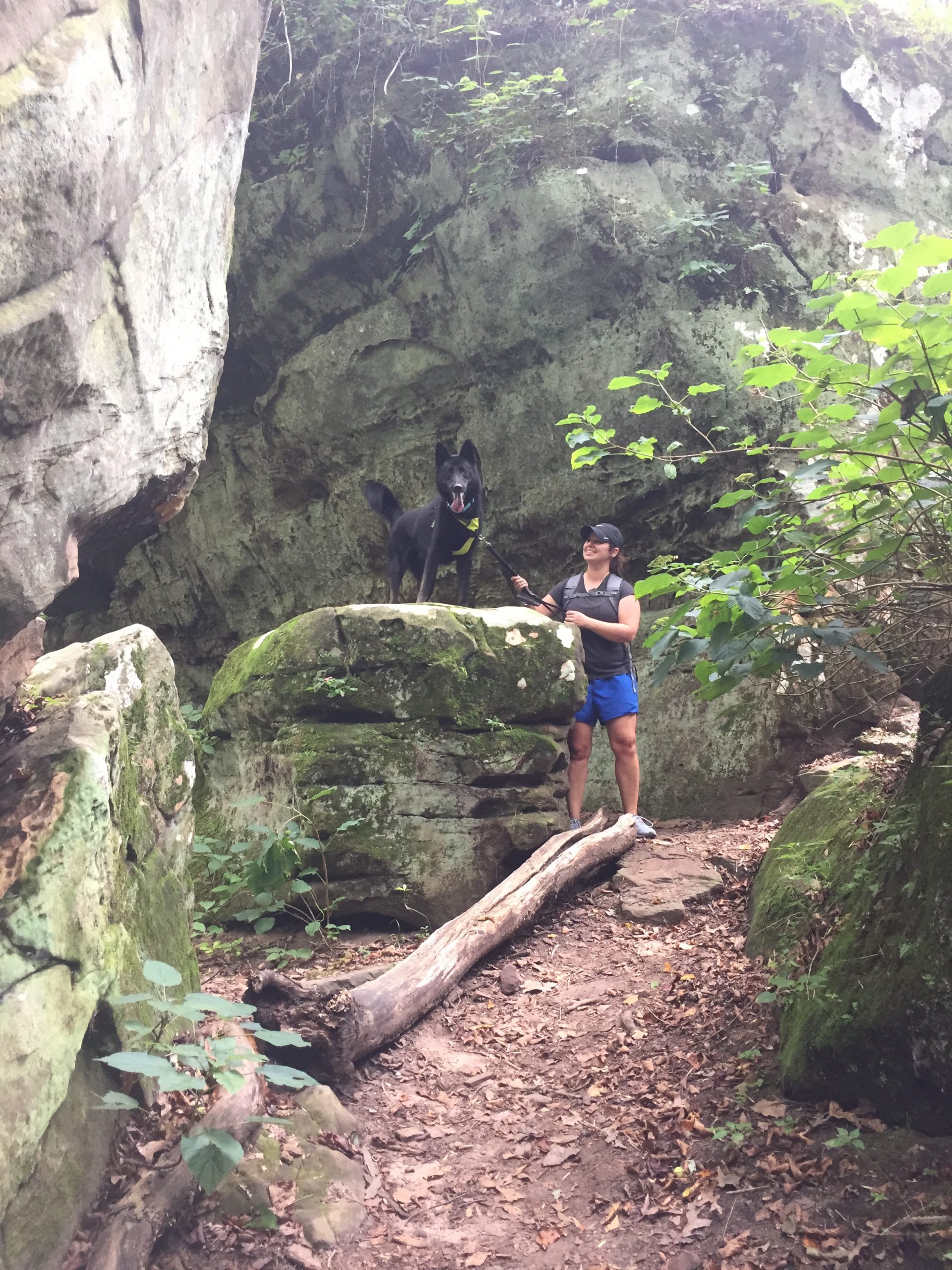 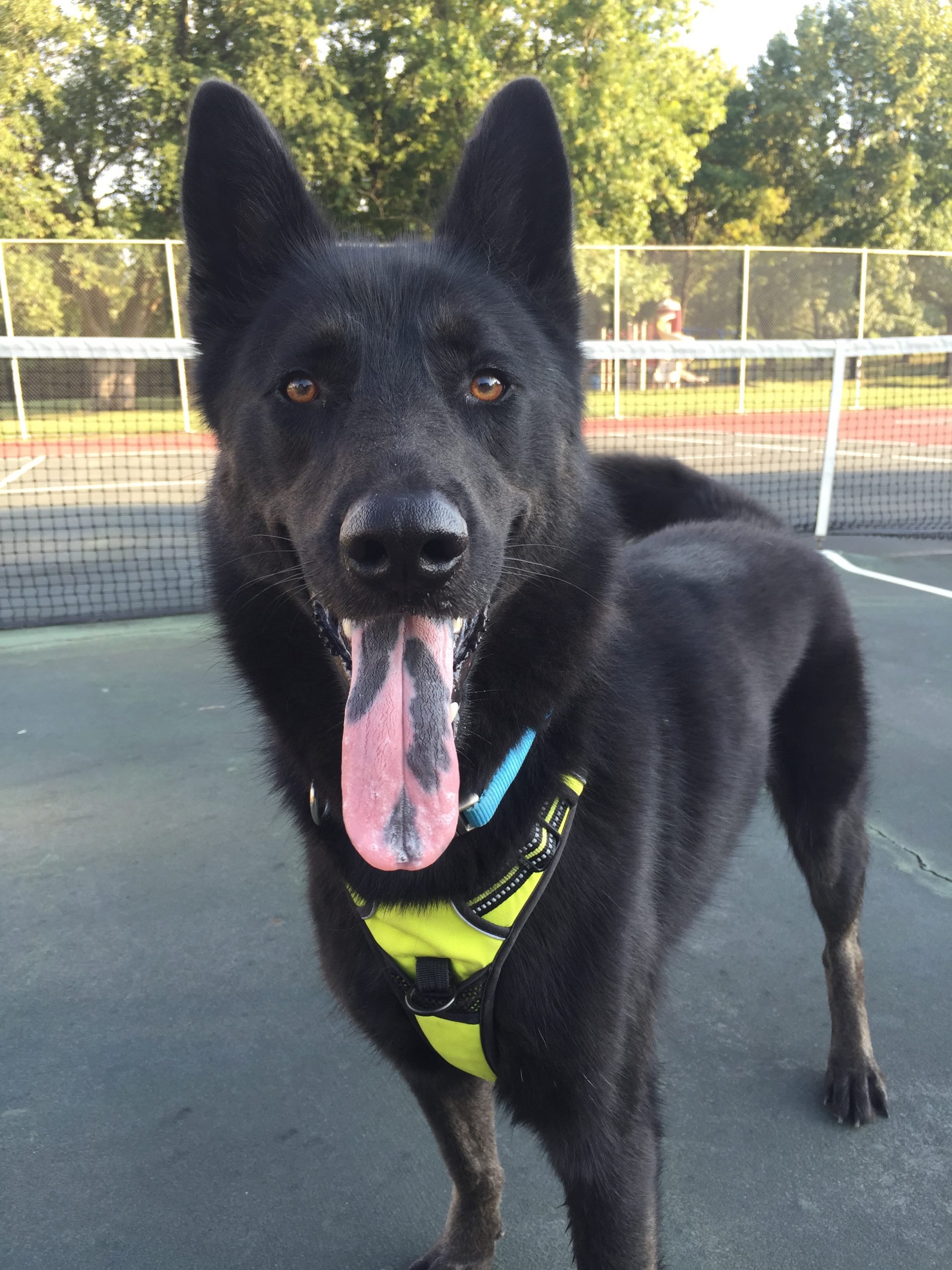 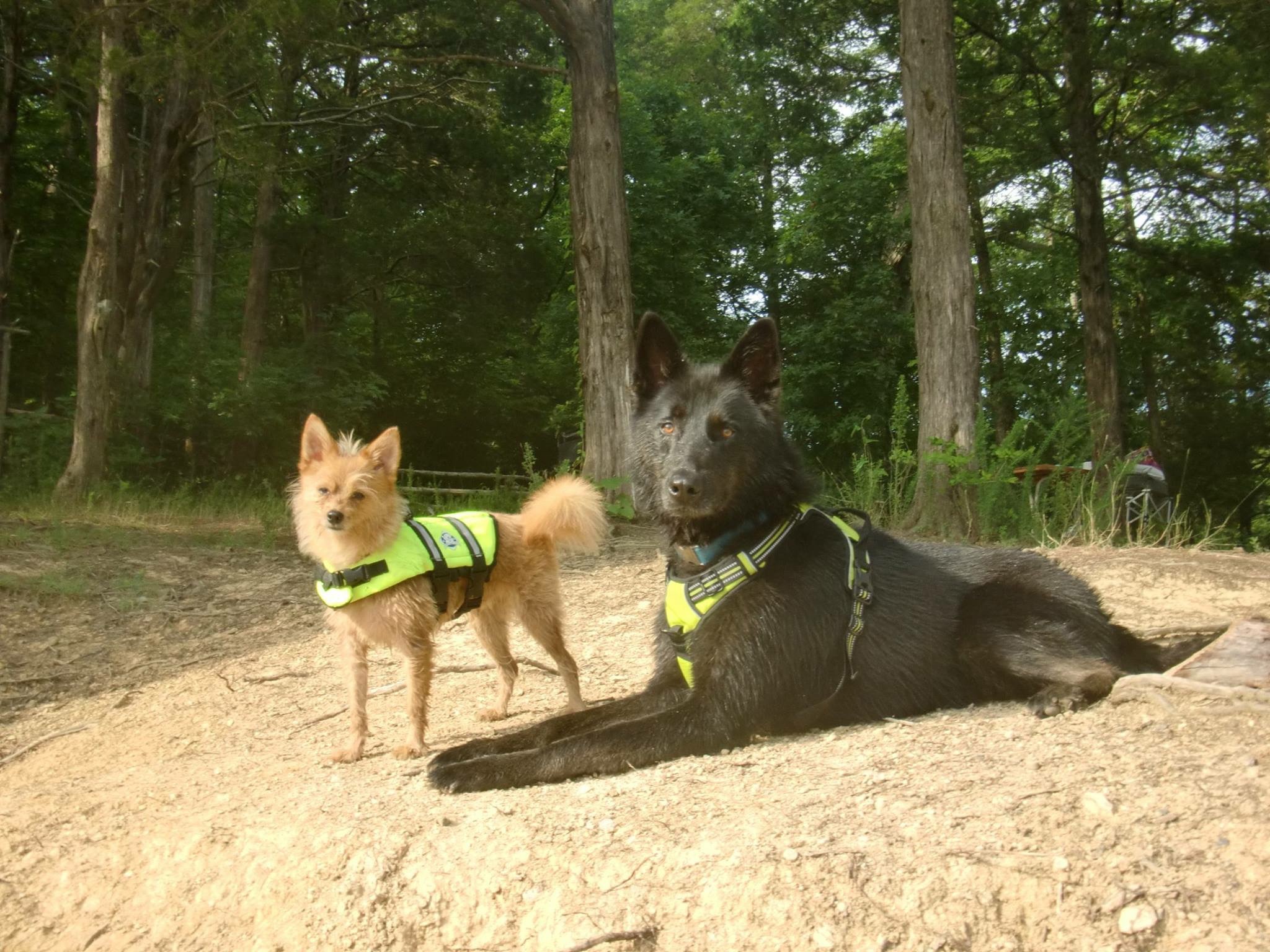 He’s definitely a toy over treat kinda guy. And a pretty picky eater at that! Ha! Every Spring he looks mangy for a solid month no matter how much I brush him, which is daily! When that husky coat blows it BLOWS haha!

He’s our big black bear who sounds like one when he “talks” and he husky “talks” a lot! Haha! If you’ve never heard a husky talking to their human YouTube it for a smile! 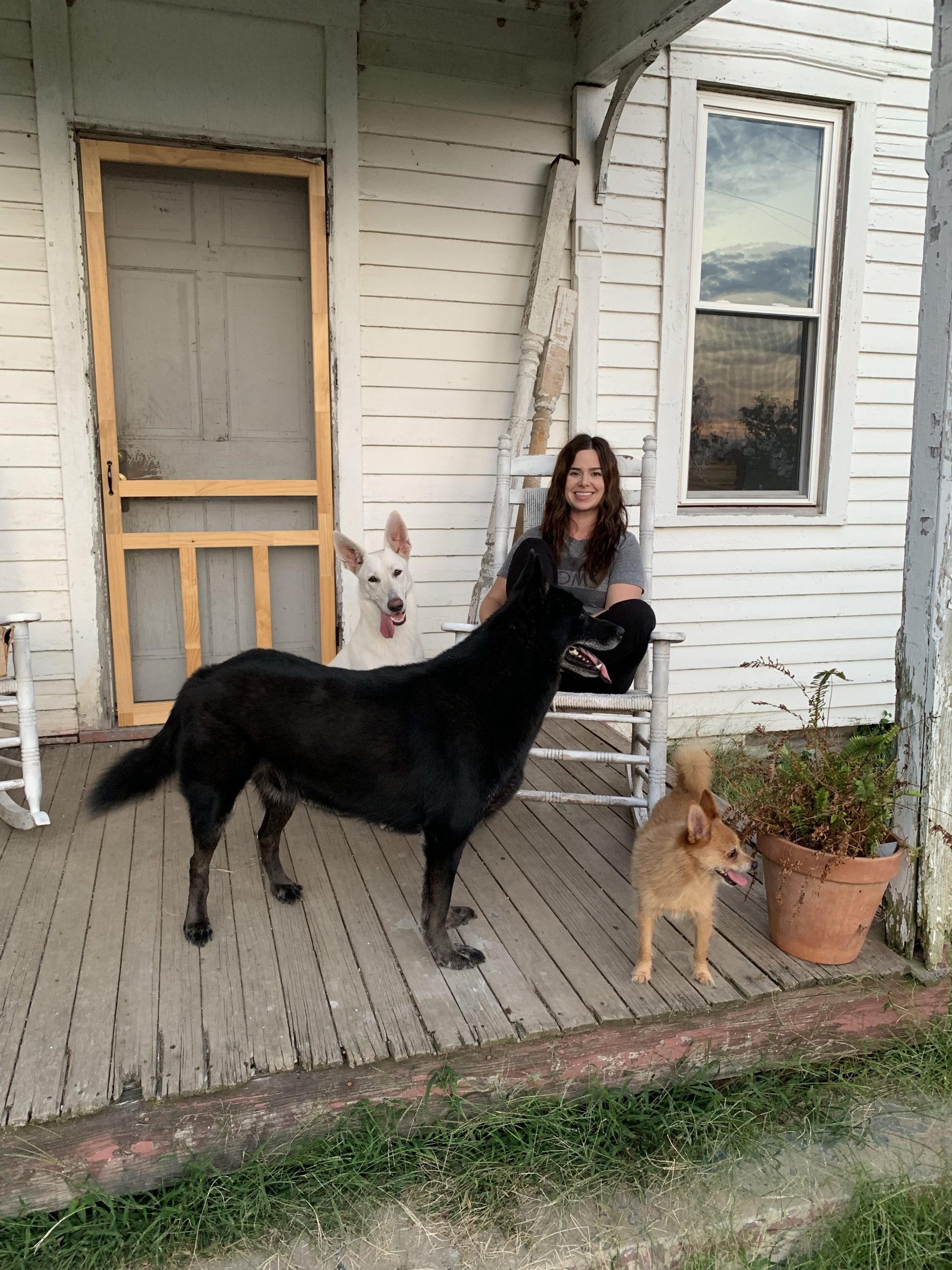 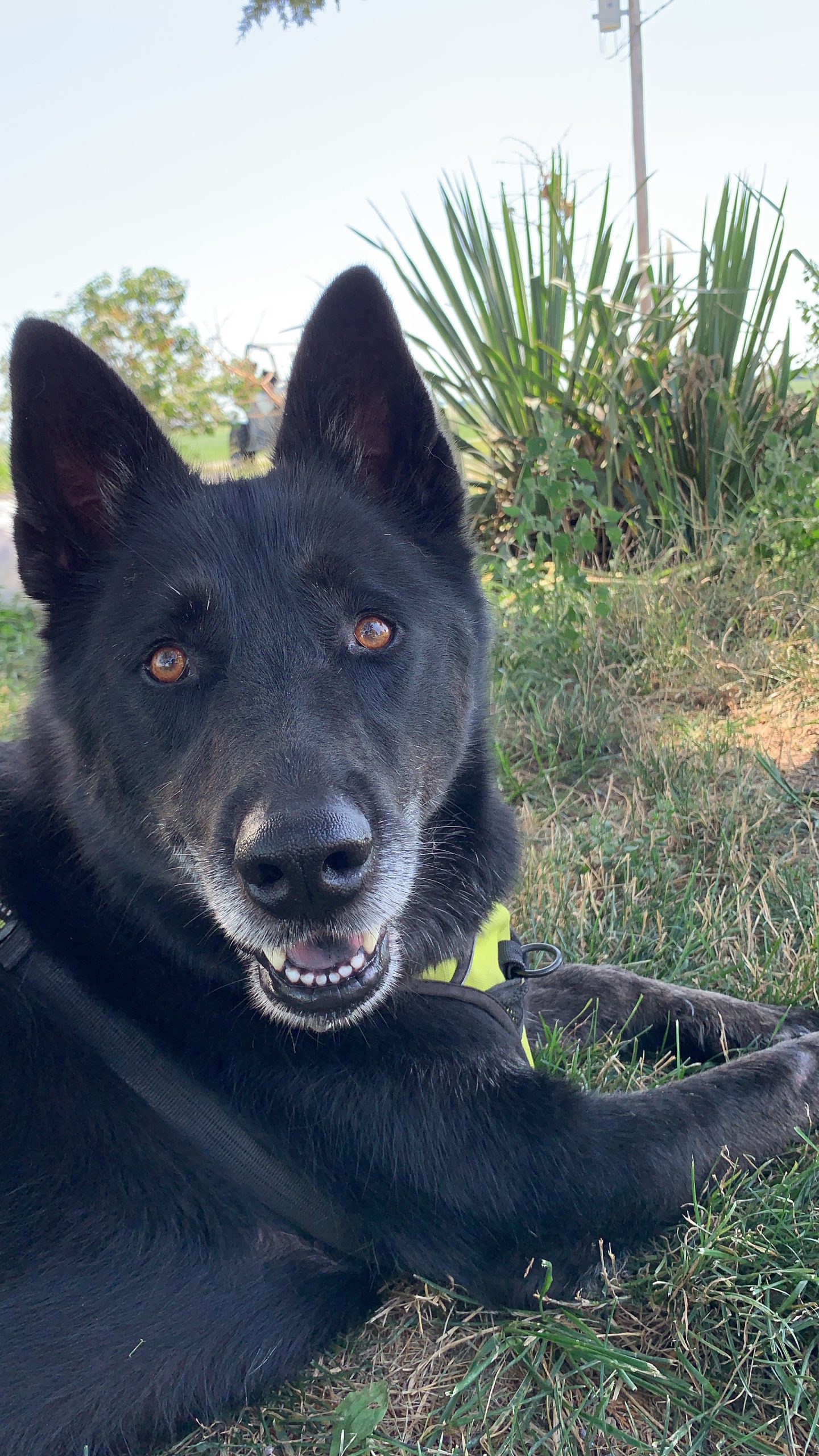 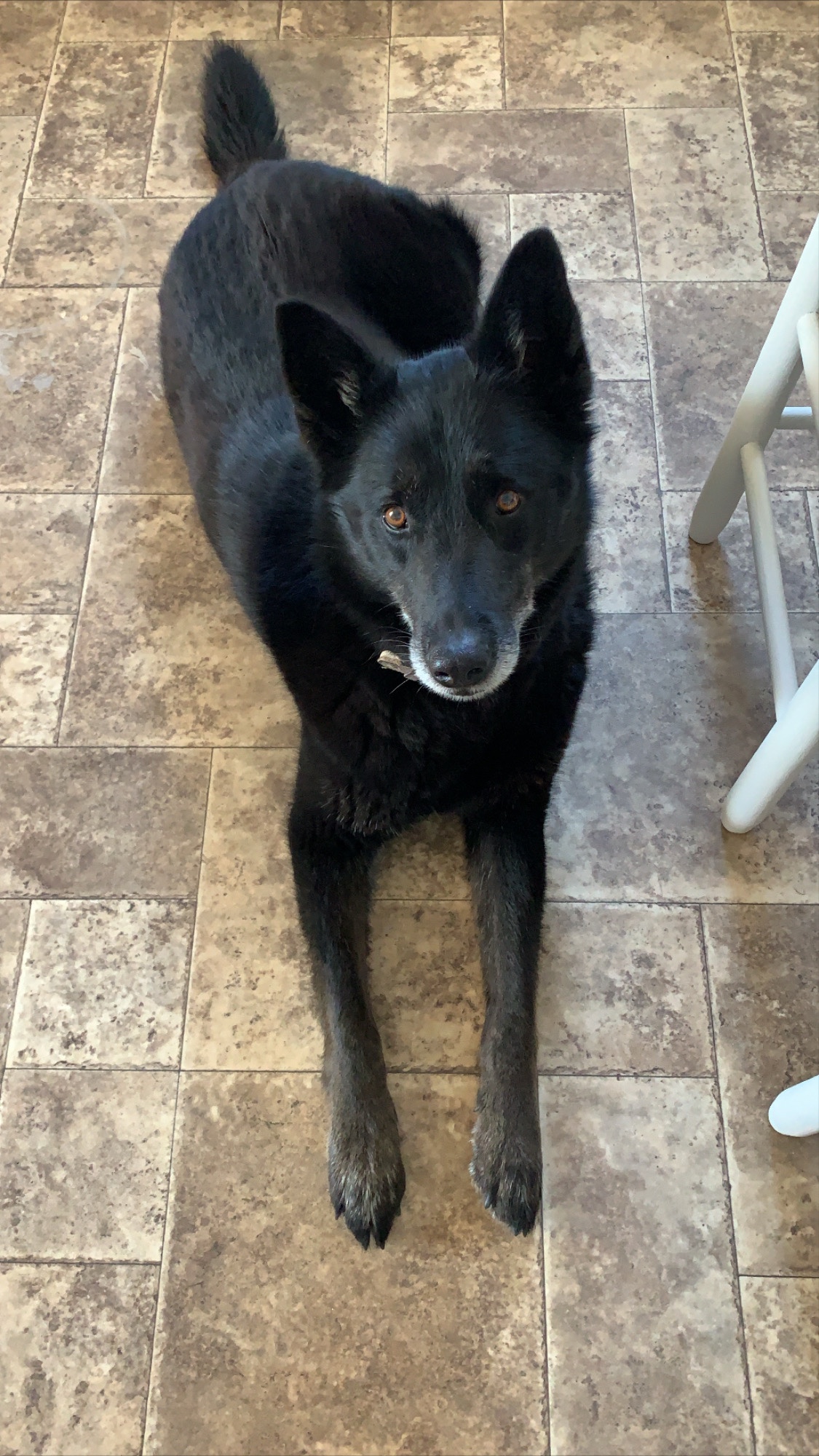 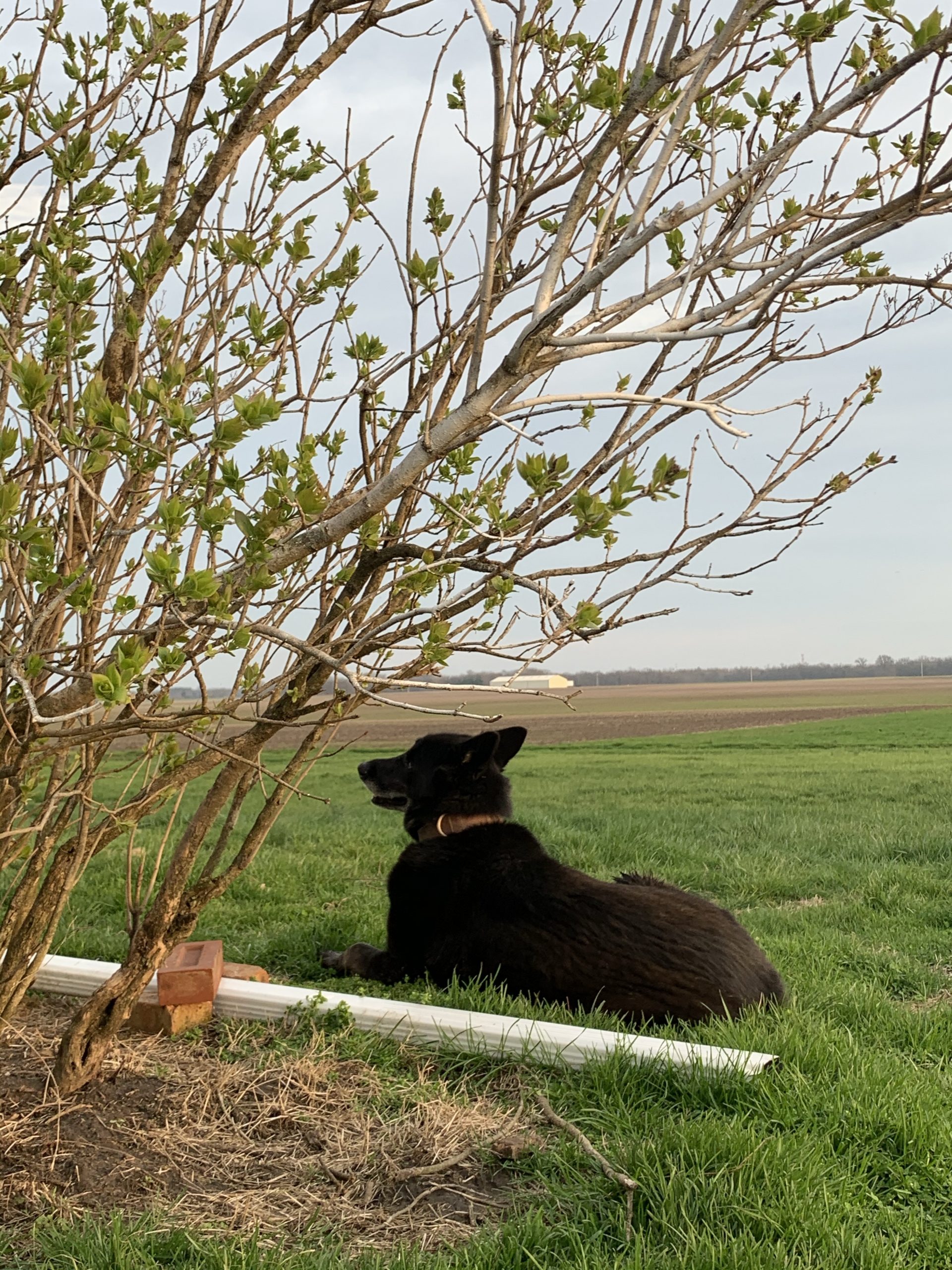 I remember the day we finished our privacy fence in town. I cried seeing him be able to run off leash in our yard. And I cried again the first time we let him out of the truck at the farm. There’s nothing better than watching a dog get to be a dog and do dog things! Ya know like pee on everything! Lol! But for real I was just so happy for him! Now he has acres to roam and explore. Plus he has some good buddies to do it with!

Bubs just turned 8 years old! And for reference, prefers a good steak for his birthday over a pup cake 😉 As he’s gotten older his tongue has gotten more black and his face has gotten more grey. He’s slowed down quite a bit and after some of investigating each day, he prefers to find a comfy place in the shade. All the while keeping an eye on everyone of course 😉

I can’t even begin to explain how much he has taught me or how much I love him! But if you’ve ever rescued then you know there’s something extra special about that kind of bond. I hope you enjoyed reading about our Mav man! He’s such a good boy! 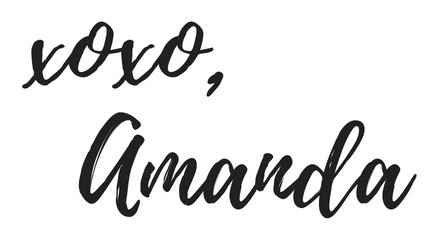