I hope your having an awesome week! If you caught my last “This Week at the Farm” post then you heard the news! We’re adding a Great Pyrenees puppy to our farm family! So today I wanted to talk about him, his role on the farm, and why we chose a Great Pyrenees LGD. 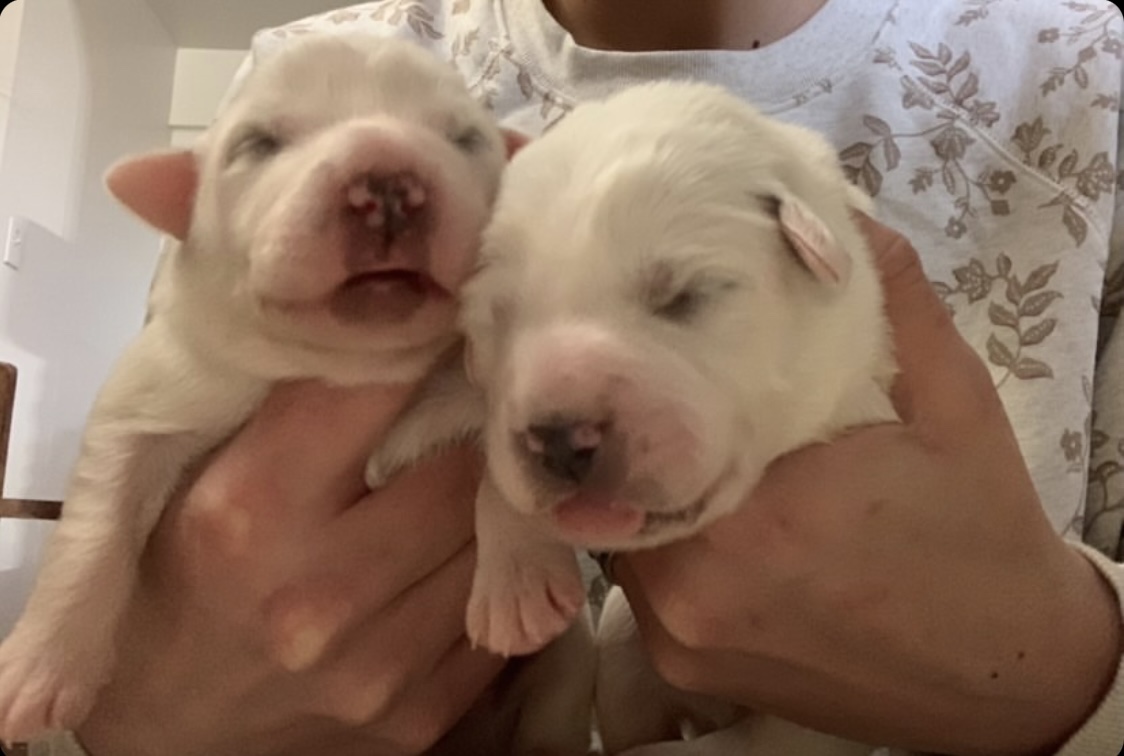 Photo by The Crooks Family Farm

The conversation of livestock guardian animals started before we moved to the farm, but we’re already on a waitlist for the sheep.

You can read all about our Babydoll Sheep HERE!

Ed and I both grew up here on small hobby farms and know all about the predators of this area. So I began researching ways to keep our farm babes safe. Among the usual secure fencing and motion detection cameras/lights I kept reading about livestock guardian animals.

I asked several of our local farm friends what they would recommend. Some have guardian donkeys or llamas, and some have LGDs or Livestock Guardian Dogs. I spent time looking into donkeys and LGDs more than llamas just because of personal preference. Now please remember this is only my opinion, but after hearing several people share stories about coyotes taking down 1-4 donkeys in one fell swoop it deterred me a bit from that option. However, I also do know people who have and highly value their guardian donks.

But while reading and speaking with farmers my thoughts kept coming back to the same question would I trust a prey animal to protect a prey animal? Yes donkeys are territorial, which is why they guard, but are they bonded other animals? I perceive what I’ve read about their behavior more as they’ll defend themselves (if possible) against a threat. But would they put themselves between a coyote and my sheep?

I also noticed that the farm friends I asked, who have donkeys all have large livestock such as horses or cattle. After joining a few LGD groups on Facebook I read a few accounts of guardian donkeys kicking and severely injuring or killing smaller animals. And that was really enough for me to rule them out and head back to researching different breeds of LGDs. 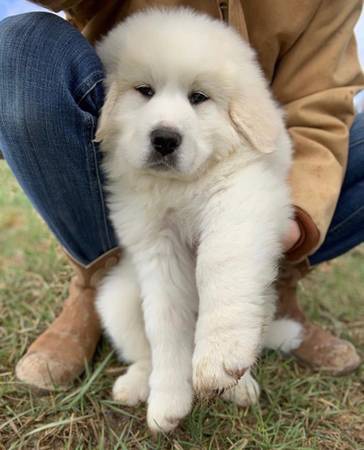 Photo by The Crooks Family Farm of our puppy’s daddy when he was a pup!

I’m not going to lie once I started reading about Great Pyrenees I didn’t feel the need to research other breeds much further 😉 Plus several of my friends including our neighbors who rave about theirs, and the Babydoll Sheep breeder our sheep came from has 2 of them and she highly highly recommended them.

History of the breed from akc.org

“Great Pyrenees were bred centuries ago to work with peasant shepherds and herding dogs in the Pyrenees Mountains, the natural border between France and Spain. The dog’s job was to watch the flock and deter predators, whether wolves, bears, or livestock rustlers. The breed’s innate patience came in handy when sitting atop a freezing-cold mountain for days on end with nothing to do but look at sheep. Their courage when defending the flock was legendary.

In the 17th century, the Great Pyrenees was adopted as the Royal Dog of France in the court of King Louis XIV, after they proved useful as guardians of the chateaux.”

Sounds like I found the right dog for the job right? 😉

I think, again, this is mostly a personal preference thing. I have several friends who got their LGDs as puppy and 1 who rescued adult dogs. Even though I typically lean towards rescuing (all our dogs and cats are rescues) this time I chose to buy a puppy for a couple reasons.

First of all I really wanted to get a puppy from a working farm where it’s parents were on premise as working LGDs. Secondly I wanted a puppy who could grow up bonding with me and our livestock.

This is another personal preference, but I chose a male because of their typical larger size and the fact that they’ll mark their territory. Both things on their own help deter predators. Also interestingly, males aren’t typically neutered until they’re 2 years old if ever. I’ll get more into health specifics and requirements in a later post. 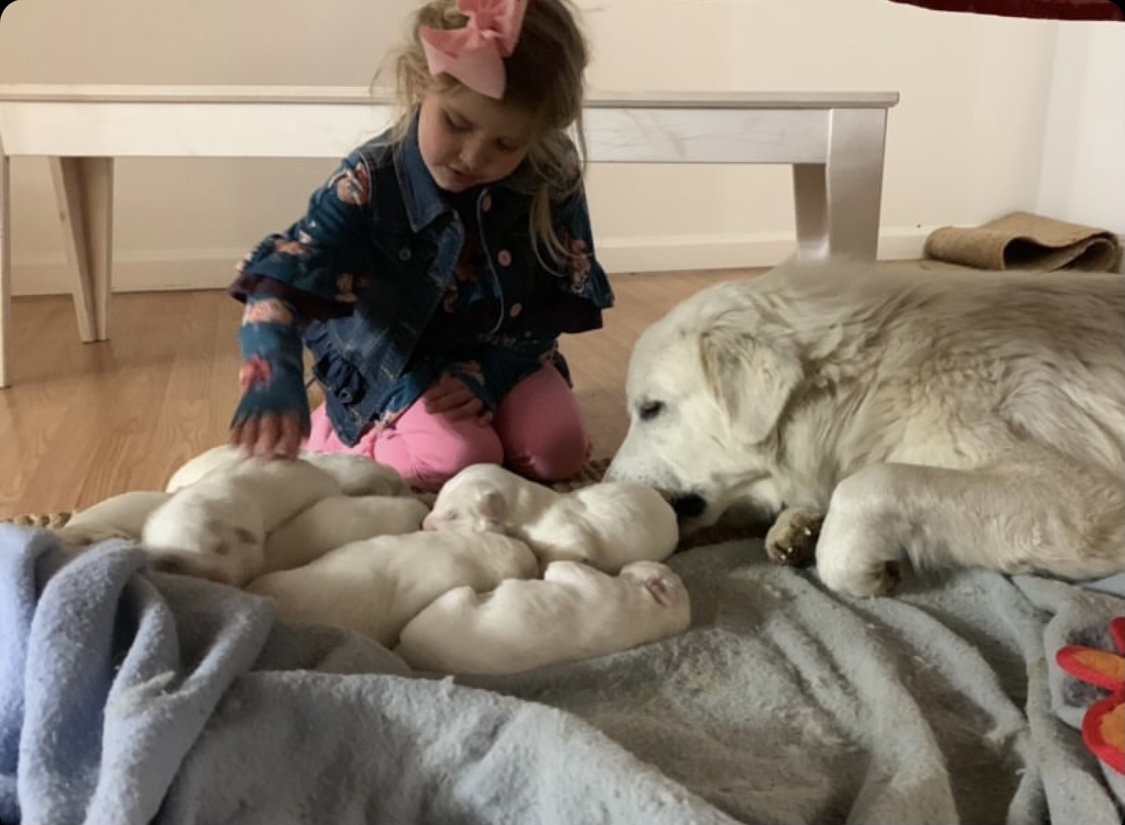 Photo by The Crooks Family Farm

When to Add an LGD

My next question was when is the best time to add an LGD to our farm? Most people I asked suggested waiting until we had some livestock established so that the puppy could bond with them and grow up with any additions. We’ll be adding lambs, poultry, and possibly some other livestock this Spring so I felt like now would be the perfect time!

I started keeping my eyes out for litters after Christmas thinking if the puppy was born in the next month or 2 it would be the perfect age to settle in with our sheep before May when we expect to add the lambs. I found The Crooks Family Farm on Craigslist. Their puppies were born only the day before, on January 1st 🙂 Both parents are working LGDs on their farm and raised around goats, chickens, donkeys, etc.

I immediately messaged Samatha and found out she’s also a fellow blogger and IGer! How fun?! We’re getting the first pick male! 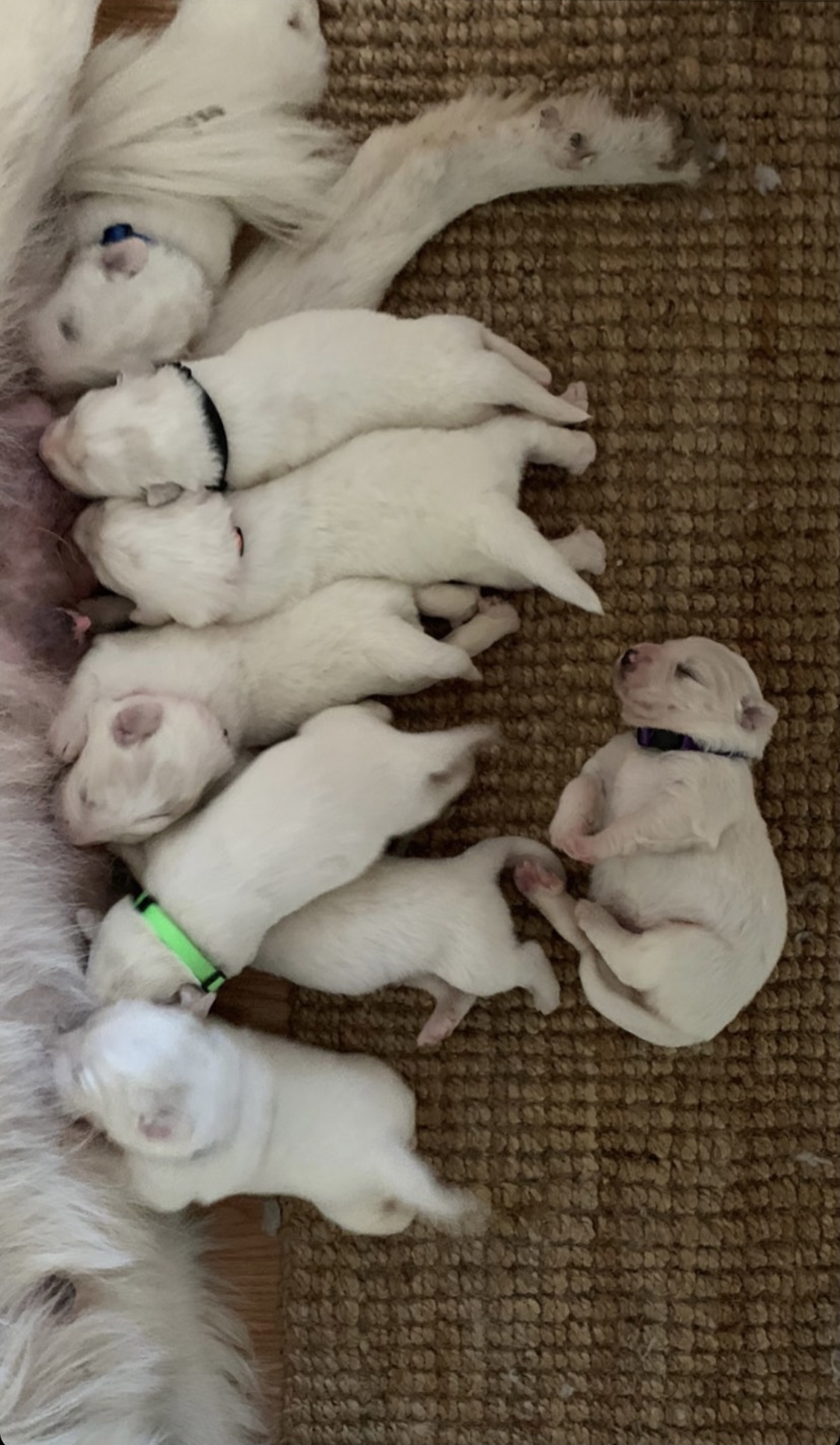 Photo by The Crooks Family Farm – puppies at 10 days old

We’ll be picking him out in a couple of weeks and I could not be more excited, but this is also something I take very seriously. Anytime we add an animal to our farm fam I think about how all the others here will be affected including myself 😉 and this addition is arguably the most important one we’ll ever have.

Raising an LGD is something that will be another full time job of mine for the next 2 years. But I can’t tell ya  how much my farm momma heart is looking forward to a good night’s sleep knowing everyone is safe! I can’t wait to share more about this breed and our little guy with you soon!

Thanks so much for stopping by the blog today! 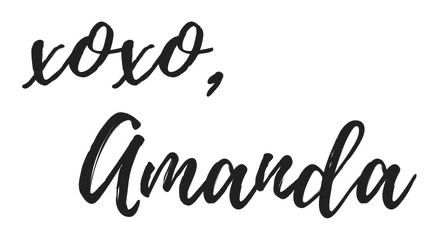